The main ansible commands ansible-vault and ansible-playbook already support the --vault-id parameter. It requires a compound of two things: the vault ID label (e.g. dev, prod, etc.) and the means of getting the password (e.g. prompt, a password file or an executable). The vault ID label can be specified while creating the vault or later by modifying the encrypted variant. In the following example the label is called vault-id-label. Notice the format version of 1.2, which you might need to change in your file too.

During an ansible run this vault could be opened by adding the --vault-id vault-id-label@prompt parameter, which would prompt the user for the vault password. Changing prompt to vaultpass would let ansible load the password from the file vaultpass.

The third option would be to specify an executable, which will get called by ansible. There are two variants:

In this example I will use a client script, since I have several vaults with different labels/passwords. The implementation is quite straightforward:

Save this script as gopass-client.py next to your ansible.cfg (also make it executable) and use --vault-id vault-label@gopass-client in your ansible command and it will magically unlock your vault using gopass. Don’t forget to change the VAULT_PASSWORD_LOCATION to the path of your ansible passswords in your gopass store. 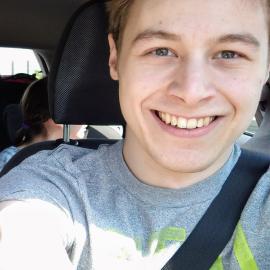